With almost 30 years of video production experience, our professional videographers have a talent for capturing any event.

We can help you relive it anytime you wish.

VIP transfers content from film, video or tape to DVD or CD, and we can expertly convert your printed photos to any digital format.

We also offer fast, economical DVD and CD duplication services, so you’re assured that your movies and personal audio recordings and family photos will be safely preserved for you and your loved ones.

At Visual Images Productions (VIP), we also understand the power of videos and how they influence and change opinion. For that matter, we turn complex legal issues into easy-to-understand information through the power of legal videography. Our Tucson legal video team has the necessary talent and expertise to change opinion and convince the jury.

Visual Images Productions has built a solid reputation as professional legal video specialists, providing the best video deposition in Tucson Arizona. As specialists, we’ll provide a high level of responsiveness to your legal representatives. At VIP, we strive hard to meet your timelines and deadlines. Our service is consistent, reliable and always professional.

Old video and cassette tapes deteriorate and degrade over time and with that your nostalgic music and movies will be gone forever. Under all circumstances, even if you don’t watch them, your videotapes quality will deteriorate. At Visual Images Productions, we don’t want your cherished memories to sink into oblivion. As a high-quality media conversion studio, Visual Images has the right equipment and the necessary experience to transfer and convert your old tapes, music and films to DVD and other digital formats before they are entirely lost. We convert a wide range of tapes such as 8mm, Hi8, digital 8, mini dv, Dvcam, betacam, and 3/4” U-matic.

Visual Images Production’s studio for media conversion has expert technicians to convert and transfer with safety your priceless memories from film onto DVD and other enduring digital media.

Visual Images Productions is the leader in Tucson, Arizona for media converting and transfer, including the converting and transfer of film into superior digital media formats that will last forever. Preserve your memories for future generations by transferring data from old films onto modern digital media. Other people like you have already reached out to us because they realized that their memories would fade away if they don’t act quickly.

As hard disks drives (HDDS) are losing the battle against flash storage such as (SSDs), mainly because the latter are less likely to wear out, we will transfer your tapes to flash drives. Most computers now use only SSDs.

PHOTOS TO DVD and DIGITAL FORMATS

Visual Image Productions converts all media for your photo-montage to preserve family visual treasures onto permanent digital media, so your memories will last long after printed photos have faded away. We don’t only transfer your photos and slides to hard copy DVDs but also to other digital formats. We transfer them to the most advanced technology like flash storage.

At VIP, we can transform your Vinyl audio-recordings into compact discs (CDs) and to other advanced digital files which you will play on your mp3 player or your mobile devices. We can also transfer your audio recordings into digital audio files such as WAV, AIFF, WMA and MP3 formats. We are also able to transform your audio files to hard drives and flash storage. Let us convert your unique audio memories into the digital formats that will endure for generations to come. At Visual Images Productions, we deeply understand the value of your precious old audio formats. We will transform them into more reliable and enduring digital formats.

Visual Images Productions’ studio for video, CD, and DVD duplication is the preferred destination for those are seeking high-speed, high-quality duplication of an optical disc format; our services range from short-run to high-volume duplication of DVDs and CDs. We provide the one of the fastest and most economical DVD and CD duplication services in Tucson Arizona.

At Visual Images Productions (VIP), we have been in the video producing business for almost 30 years. We have a long-standing history of expertise and a team of professionals who are ready to make your vision come to life.

A quick note to say a huge thank you for videoing our son and daughter-in-law’s wedding. As parents we always want to see our child or children happy. You certainly captured their moments throughout. My 98 and 93 year old parents will enjoy this video since they weren’t able to attend.

A quick note to say a huge thank you for videoing our son and daughter-in-law’s wedding. As parents we always want to see our child or children happy. You certainly captured their moments throughout. My 98 and 93 year old parents will enjoy this video since they weren’t able to attend. 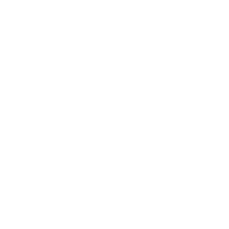